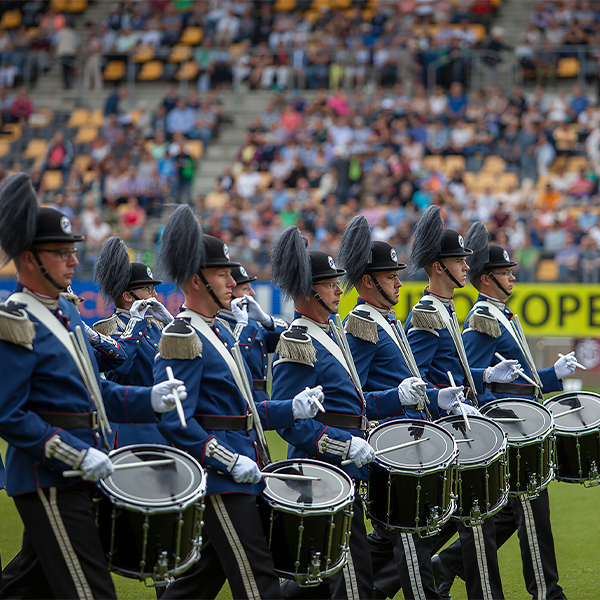 The Marching Contest has its origins in the classical European military marching tradition. A march can be Anglo-American in style, but can also originate from the French or Prussian courts. These traditionally represented genres will be enriched during WMC with surprising performances by musical cultures from the Far East and South America.

The march is performed on a fixed street course. The route and the choice of music are free for all divisions, but the level of the music must fit within the division in which the bands participate. During the performance of the march, participating bands must perform at least one change of direction to the left or right and one counter march. Participants are free to choose the style in which they will march and in which direction changes and counter marches will be performed. Creativity and accuracy are leading, next to musicality and consistency. The band must march in a continuous forward direction during the performance, without stopping or marking time. At the end of the performance, the band comes to a halt in front of the grandstand.

The marching, show and marching parade contests take place in the Parkstad Limburg Stadium. This stadium, which can accommodate some 20,000 visitors, is home to the Roda JC football club. During the World Music Contest it is the setting for the marching and show contests for four weeks. The stadium is about a 10-minute drive from the center of Kerkrade and is easily accessible by car and public transport.