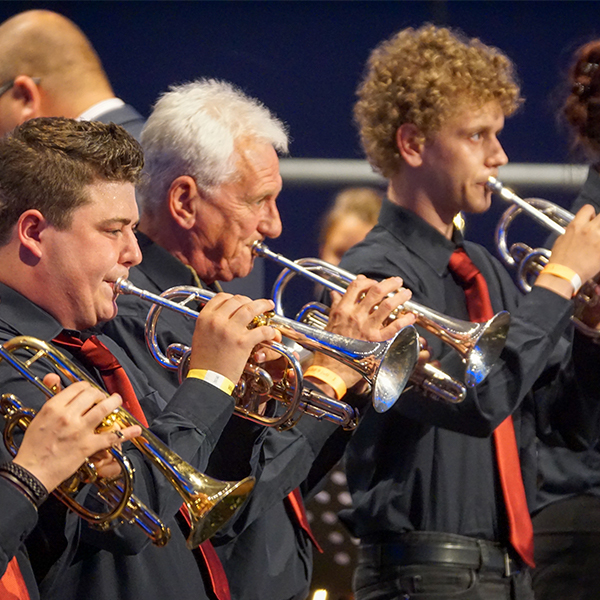 In the Brass Band Contests the competitive element is high. This band form, originally from England, consists exclusively of brass instruments, complemented by percussion. Participating bands compete during WMC in four divisions for a place at the absolute top and deliver impressive musical performances.

In addition to a test piece, the bands themselves determine an own choice program in which they show their technical and musical qualities. In the Concert Division there is only a blinded jury for the test piece and it is determined by the drawing of lots which time slot the participants will perform in.

WMC Kerkrade reserves the right to issue a formal invitation to bands, granting them immediate entry to the Brass Band Contests. Direct invitations to bands are justified by their being in the public interest to preserve the international character of the festival.

The contests for wind and fanfare bands, brassbands and percussion ensembles will take place at the Rodahal and Kerkrade Theater in 2022.